Banks, Google Have PayPal In Their Sites

Looks like the big three banks, where one-in-three Americans have their checking account, want in to PayPal's gold mine.  No kidding.

We won't see it until next year.  Too bad, because this will put fee pressure on PayPal - they'll probably be giving away clearXchange to obtain trial, then charge after it proves its value.  Like debit, consumer protections remain far better with a credit card.  Tests will be in Arizona, which has always been where they test electronic banking. 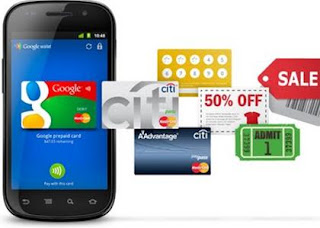 And last Thursday, Google announced their NFC play with partner CitiCorp that will let consumers "tap, pay and save".  NFC or Near Field Communications is the short-range wireless technology that lets you wave your NFC enabled phone near a payment terminal in a store or gas station and pay for something.  "Google Wallet" will also feature LBS a la Foursquare, so you'll get coupons from partner merchants pushed at you based on location.

BUT.  It will start out being available only on Nexus S 4G by Google, available on Sprint, and will work only with MasterCard PayPass terminals, a fraction of the NFCs deployed.  Google will begin initial testing of Google Wallet in New York and San Francisco.

All of this is a good thing.  It will reduce friction in payment systems by reducing costs and fees - especially for person to person payments, where the high cost of wire transfers today is what has made PayPal such a success.  And it is interesting that Citi seems more interested in owning traditional bank turf - merchant payment terminals - while the clearXchange banks stake their place in the new firmament, online and mobile payments.
Posted by Steve Lackow at 1:42 PM