Opportunities are Available in All Walks of Life in Australia 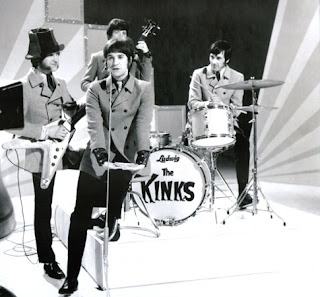 Australia is the California of the UK.  I first heard this from Ray Davies of the Kinks, talking about the song.  Everything happens first here, and this has never been more true than today, and never more true than for payment systems (and GIS adoption in finance).


Yesterday, MasterCard revealed the "5 Year Roadmap" for Australia and New Zealand.  At the heart of this is PayPass, MasterCard’s contactless payment service, with 88 million cards used at more than 276,000 merchant locations. By October 2012, all new MasterCards Down Under will be PayPass enabled.

(MasterCard is also requiring that all POS terminals and all new/reissued MasterCard cards in Australia and New Zealand be EMV compliant by July 1, 2011.  EMV is the Europay-MasterCard-VISA tech standard for inter-operation of integrated circuit cards (IC cards or "chip cards") and IC card capable point of sale (POS) terminals and automated teller machines (ATMs), for authenticating transactions - securely, 21st century-style.)


In the U.S. there has not been a lot of activity with near field communications like PayPass,  Longtime RPM client and innovator Kinecta FCU is out front, branded as “Tap N Go". Kinecta members simply tap their PayPass enabled credit card on a specially equipped merchant terminal and payment is completed quickly, securely and easily (say, at a gas pump) without the hassle of swiping a card or fumbling for cash and coins. Gary Harman, First Vice President of Consumer Lending Operations at Kinecta, notes that “MasterCard PayPass is simpler and faster than cash, allowing our cardholders a more streamlined payment option."


It's coming.  And in financial services, it always comes first in Australia.